Rash Of Bathroom Laws Not A Coincidence 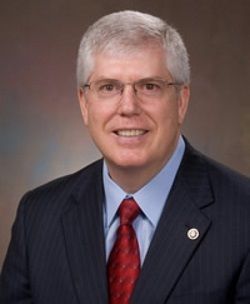 If you thought there have been a recent rash of laws targeting the use of restrooms by trans people and also against LGBT people in general you are right. CBS News found the group responsible for the push in these bigoted laws is none other than the Liberty Counsel, an extremist religious conservative law firm connected to Liberty University run by Mathew Staver. Staver was the lawyer who helped ‘martyr’ Kentucky county clerk Kim Davis when she refused to do her job and issue marriage licenses to same-sex couples.

Some more sweet inclusiveness from Christians (NOT!)

Cecil Bothwell was elected to the Asheville, North Carolina city council. Mr. Bothwell has also admitted that he “believes in the Golden Rule but finds the question of whether there is a God or not ‘irrelevant.'” Of course some conservative Christians are upset that an atheist was elected to public office and one man, in an ironic twist the former president of the local NAACP, said he would file a lawsuit challenging Bothwell taking office.